​SOMETHING has to give at the Vestacare Stadium on Sunday (2pm) when two sides who are each on the crest of a wave clash in a Betfred League 1 play-off for the right to go straight into the final on October 6.

Oldham, who finished second, have been beaten only once in the last three months and that was a narrow 16-10 loss at Whitehaven, who went on to clinch the title and automatic promotion.

Doncaster, finishing fourth, have hit blistering form at just the right time, highlighted by a 30-4 win at Workington Town on the last day of the regular season and followed by an even more impressive result when winning 20-6 at Newcastle Thunder last Sunday in a play-off Qualifying Final.

It’s no coincidence that Donny’s dynamic performances have come with the pairing of half-backs Matty Beharrell and Rangi Chase — a partnership that many pundits are now saying could take the men from South Yorkshire all the way to the Championship.

Beharrell, who learned his trade at Hull KR and has since played for Newcastle and Swinton, is the classic organiser — a midfield general who can take a game by the scruff of the neck with his rugby nous, his excellent kicking game and his educated ball-handling skills. 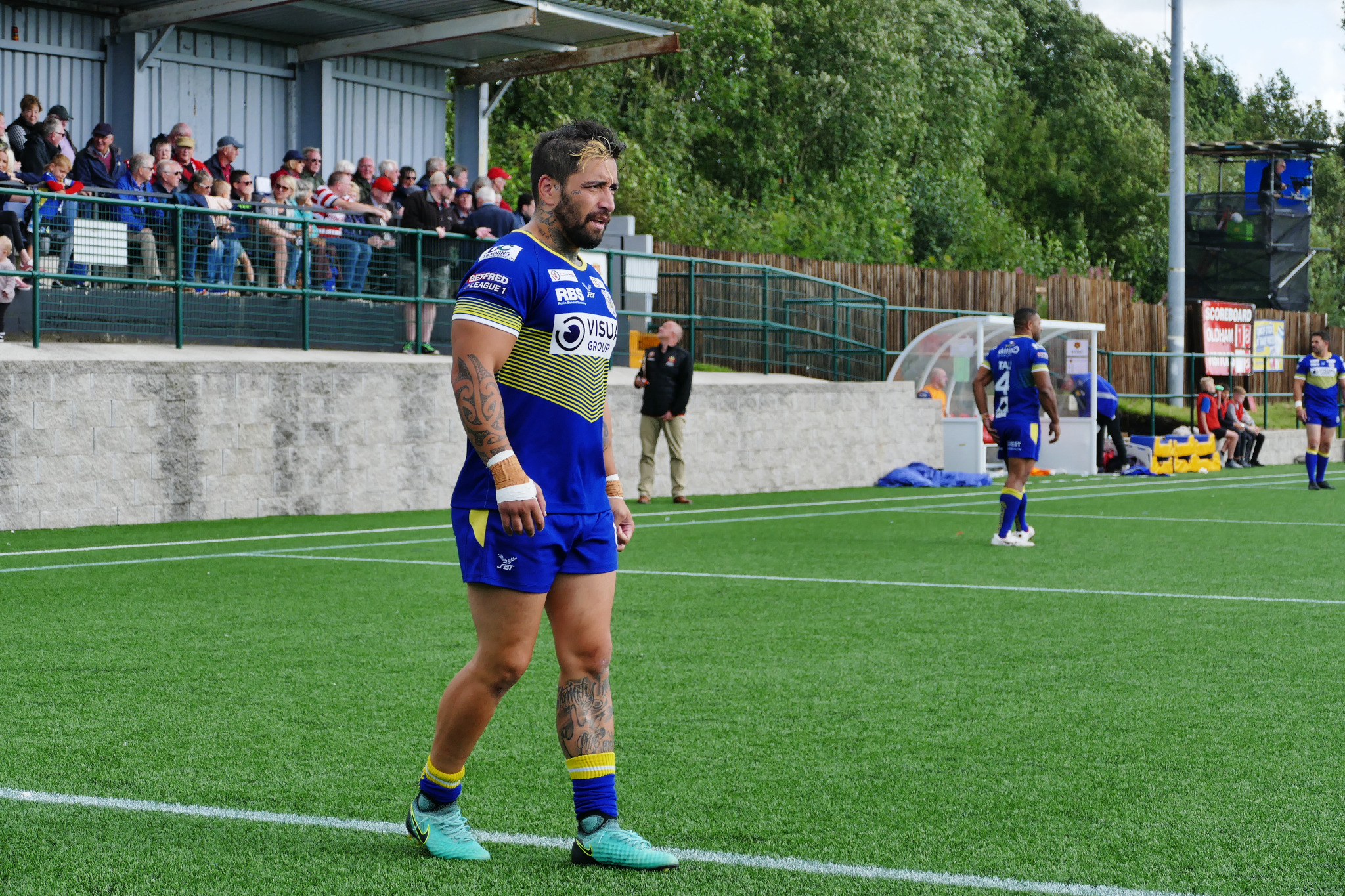 Rangi Chase is one of the world’s best rugby mavericks — a one-off who has left defenders scattered in his wake while playing for England, in the NRL and in Super League.
How do you plan to stop Rangi Chase ?

“It’s a 17-man game (including subs) so you plan for a team performance that will limit his time on the ball to an absolute minimum.

“If you lay off him he’ll split you open; if you plan to stifle him with spotting tactics he’ll just put others into space.”

Rangi wasn’t around when Doncaster were here in the 1895 Cup on June 2 and Beharrell missed much of the game because he was ordered off for a head test by the referee after taking a hard knock.

A week later Naylor’s men were trounced 31-0 at The Keepmoat– again without Rangi, but with a brilliant performance from Beharrell, who gave a master-class performance.

This man who makes Donny tick was away on holiday when Roughyeds trounced the Yorkshiremen 40-14 at home last month, but Rangi played and, to be honest, failed to come up to expectations.

Sunday, though, will be the first time they’ve played alongside each other against Oldham.

Much will depend on how the home forwards, especially the middle men, go about their job of taking charge, bossing the ruck and giving Roughyeds the territorial advantage that will keep Chase and Beharrell pinned down in their own half.

The Vestacare Stadium doesn’t have the widest pitch in Betfred League 1 and Oldham know how to play it, so key for them will be the up-front performances of strong men like Phil Joy, Scott Law, Emmerson Whittel, Jack Spencer, Jimmy Beckett, Ben Davies and, if he’s fit, Ed Smith.

If those men can do the business they can apply the pressure to crack one of the meanest defences in Betfred League 1, as they did last time Richard Horne brought his team here.

Only champions Whitehaven conceded fewer points than Doncaster in the regular season but on the flip side of that only Newcastle scored more points than Oldham’s 655.

So something has to give and on the back of a powerful performance by the middle men, Roughyeds will be looking to wide-running forwards Danny Langtree and Danny Bridge to turn territorial advantage into points.

Those were the days . . . and memories are made of this !
Dacia launches ‘A Hero’s Journey’ in latest Rugby League activation