On-loan Beckett, from Featherstone Rovers, was concussed at Coventry on September 1 and missed the game at Hunslet seven days later.

Kay, on loan from Rochdale, suffered similar injuries at Hunslet in a challenge for which home second-rower Nathan Chappell received a two-match ban.

There’s just one change in the Oldham 19, Beckett coming in for Luke Hooley, who wasn’t in the 17 at Hunslet.

Centre Cameron Leeming was in the 19 at Hunslet, but failed a fitness test before kick-off on a strained hamstring picked up at Coventry and was withdrawn late, his centre spot going to Jack Holmes.

Now fully fit, he keeps his place in the 19.

There’s to be a curtain-raiser to the big game, starting at noon and featuring St Anne’s under-7s and Limehurst Lions under-7s. 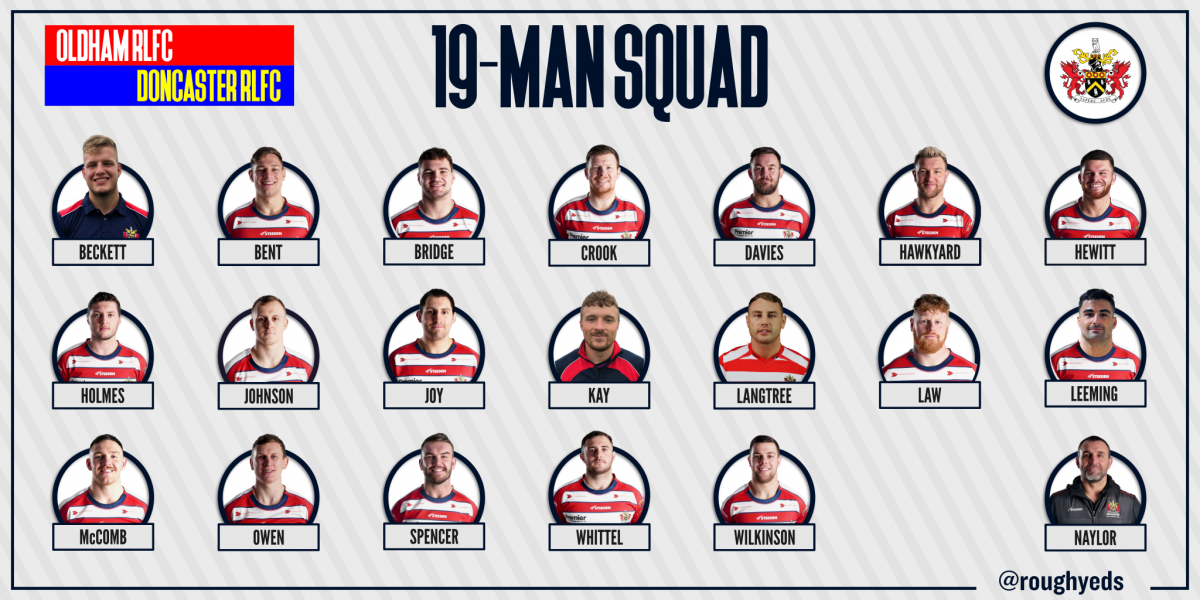 | Five regulars who didn’t play against Coventry are included in Scott Naylor’s 19 for the “massive” game at Hunslet tomorrow (Sun), 3pm).