Next Roary’s Pride meeting on Saturday

THE next meeting of Roary’s Pride, the new supporters’ group for under-16s, will be held this coming Saturday, September 7,at the Vestacare Stadium, starting at 9am.

All members and parents are welcome as well as potential new members who would like to join. The annual membership fee is £10 and with that you get various goodies including a bright red Roary’s Pride hat which lets everyone know that you are proud to be a member and proud also of your rugby league club, your town, your family and yourself — that’s the message which Roary’s Pride organiser David Murgatroyd has adopted for the group from day one.

Saturday’s meeting will be the third since Pride was launched earlier this year. 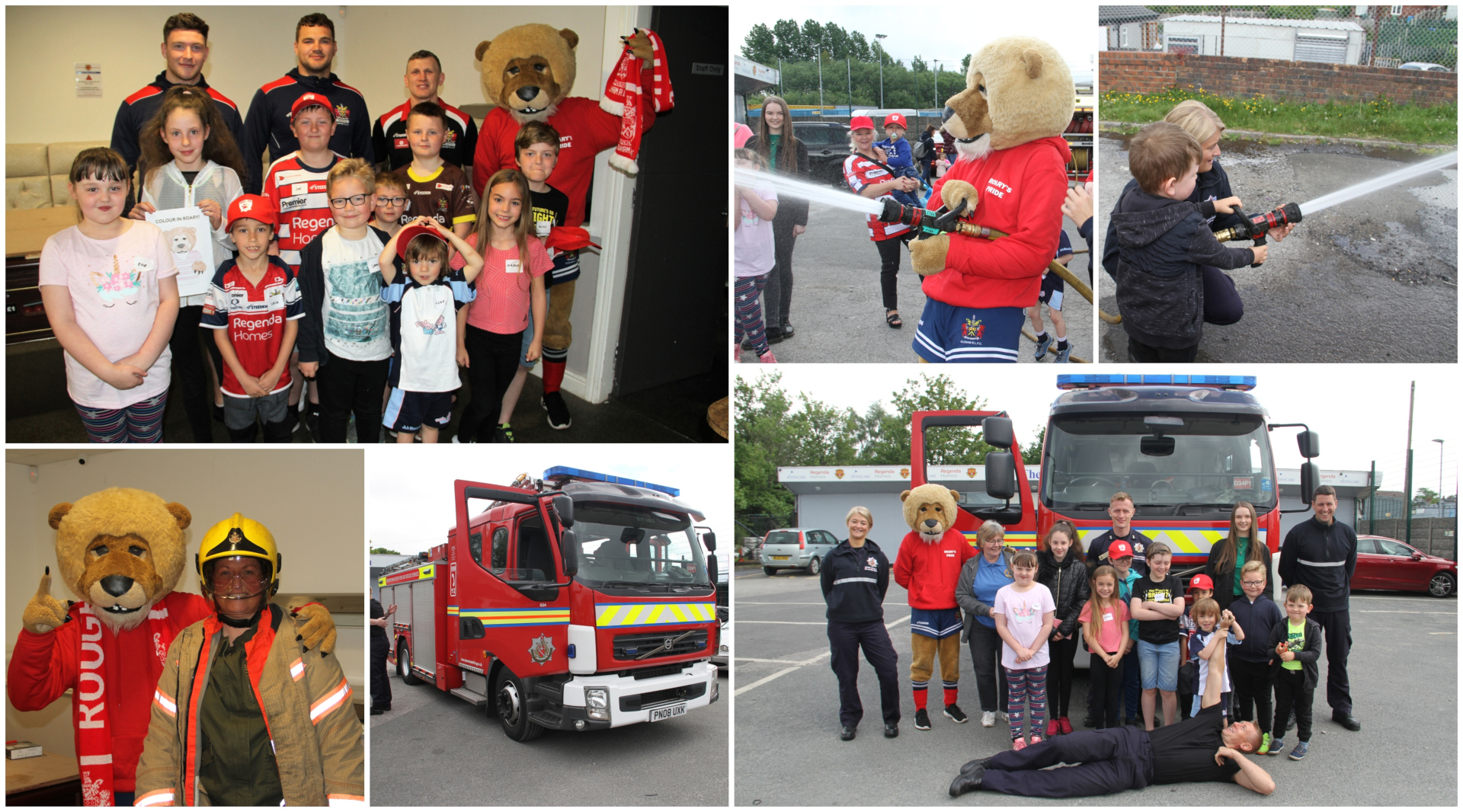 The Fire Brigade and the Police took pride of place at the previous two meetings and the theme at Saturday’s meeting will be first-aiding with guidance provided by three fully-qualified first-aiders, namely Phil Black, the club’s Ground Safety Officer; his daughter Chloe and David Murgatroyd himself.

“We are all first-aid trainers — on a different note it’s good to know that there are first-aiders in the ground on match days — and we’ll be passing on basics to the children like how to put patients in the recovery position and other important things like how to ring for the emergency services etc.

“We’ll have a good time and a lot of fun but we’ll also have very useful information for the children to learn just in case they ever find themselves in a situation where they are the only ones present when somebody needs urgent help.”

Three players will pop in after training to talk to members, tell them about their careers and take part in the very popular ‘Yes,No” game which proved hilarious when tried out on other players at the first gwo meetings.

Trying to keep their wits about them this time will be Ritchie Hawkyard, Jamie Greenwood and Cameron Leeming, who will be in to visit the children after training for the following day’s big game at Hunslet.

There will be tea and coffee for parents and light refreshments for all.

We hope to see as many members, potential members and parents there as possible. ​That’s this Saturday, September 7, 9am at the Vestacare Stadium.