Members of Roary’s Pride, our supporters’ group for under-16s, enjoyed another get-together at the Vestacare Stadium. highlighted by the visit of the Roughyeds’ ground safety officer Phil Black and his daughter Chloe, both of whom are qualified first-aid trainers.

David Murgatroyd, who runs Roary’s Pride, is also a qualified first-aider and the three of them demonstrated the basics of first-aid , most notably in how to put a patient in the recovery position and how to go about making emergency calls to the appropriate services. 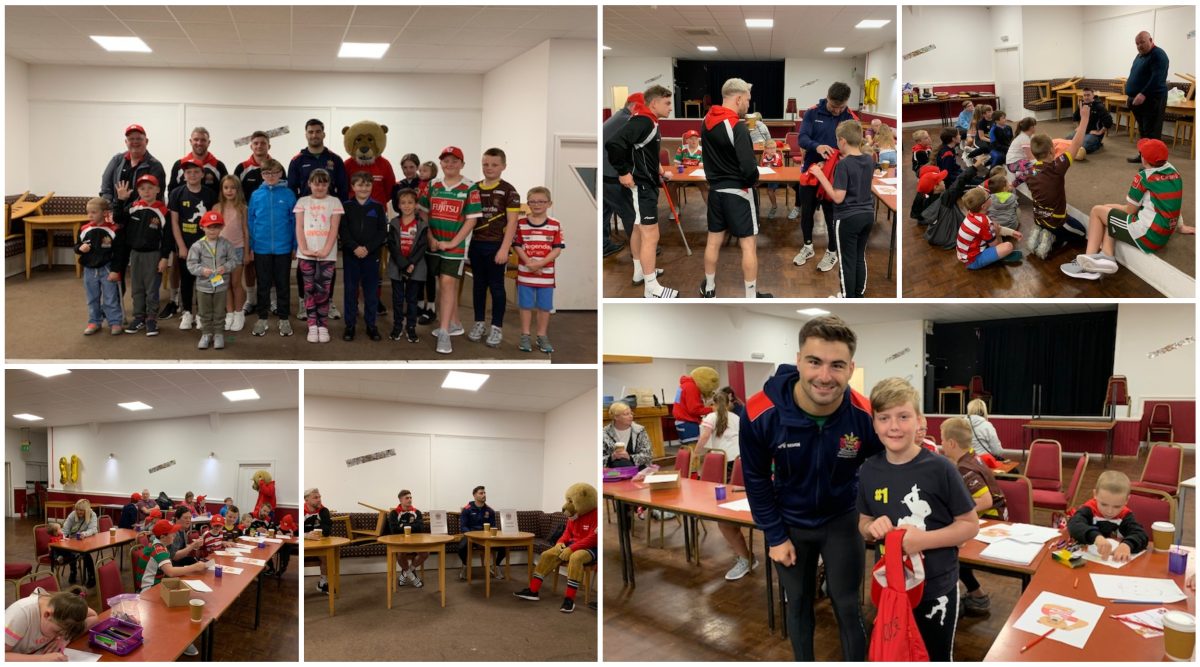 Parents and children had great fun, but it was also an informative get-together in which the children learned life skills and thoroughly enjoyed their Saturday morning.

“It was a fantastic get-together, probably the best one we have had so far. The children were captivated by the first-aid event and I thought Phil Black, our ground safety officer, was absolutely fantastic. My personal thanks go to Phil and Chloe for coming all the way from Widnes to make the get-together the huge success it was.

“Phil was brilliant. The children hung on his every word and I’m sure the next time any of them have cause to be taken to A and E they’ll show a lot more interest in what’s going on.

“To see the children inter-acting like that made me feel so proud. It was exactly what I envisaged when we set up Roary’s Pride earlier this year, The children were proud too . . . you could see it in their faces.”

Three members of the playing squad, Ritchie Hawkyard, Cameron Leeming and Jamie Greenwood popped in to talk to the children after Saturday morning training and to take part in the ‘ traditional’ Yes,No’ game. Thanks also go to Ritchie, Cam and Jamie for giving up their time to entertain the children in this way.

At the next meeting, on a date not yet fixed, ‘Murgy hopes to arrange for the children to have a guided tour of the Civic Hall and/or the Queen Elizabeth Hall to give them an insight in what the Metropolitan Borough of Oldham means to so many thousands of people.”

“I’ll be contacting The Worshipful The Mayor of Oldham Metropolitan Borough, Councillor Ginny Alexander to see if we can fix this up,”