​Roughyeds have named an unchanged 19 for the Promotion Final against Newcastle Thunder.

Preparations were wound up this morning with the Captain’s Run, after which the following 19 was announced: 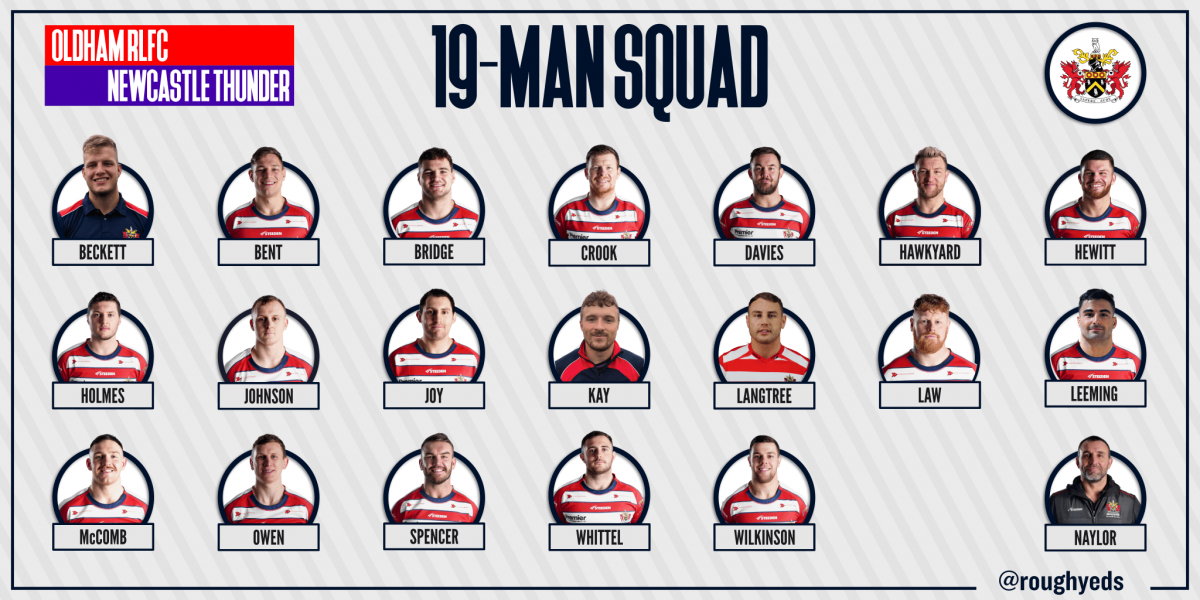 One last reminder that the game is NOT all-ticket so admission can be gained by payment at the turnstiles, which will open at 1pm and there will be two curtain-raisers featuring seven year-olds.

Thunder expect to have 150 supporters down from the North-East and all indications are that it will be a big crowd so fans are advised to arrive early to avoid congestion at the turnstiles shortly before kick-off.

Come on Oldham, come on Oldham ! Let’s make the Vestacare rock; take full advantage of playing at home; and roar the Roughyeds on to promotion!