NEW-LOOK Oldham, under the command of coach Matt Diskin for only the second time, will be bidding for their third Law Cup win in a row when they take on Rochdale Hornets at the Crown Oil Arena on Sunday, January 12 (3pm kick-off).

The traditional pre-season warm-up game for these derby rivals will give Roughyeds their second practice match ahead of their Betfred Championship campaign, following the trip to Barrow on Sunday, January 5 (2pm).

Derby-day admission prices at Rochdale will be £12 adults, £10 concessions and £2 for under-16s.

Rochdale have had a traumatic few months at board level with resignations, reinstatements and a lot of internal strife, but they may be set fair for a more settled future following the intervention of the consortium that was in charge of Swinton Lions until the end of last season.

Led by former Lions chairman Andy Mazey, the consortium is currently talking with Hornets about a take-over. 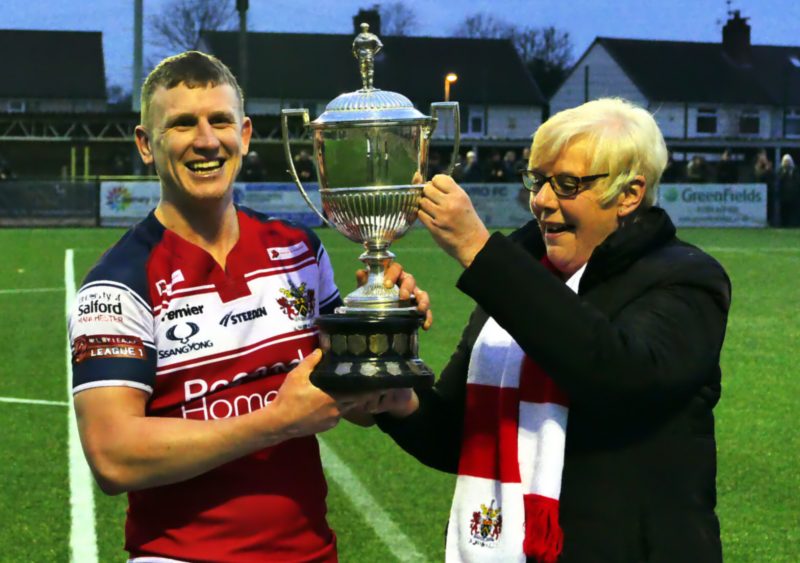 On that occasion, Roughyeds scored tries by four players who are no longer at the club — Zack McComb, Anthony Bowman, Jack Holmes and Jamie Greenwood — and Dave Hewitt landed four goals.

Roughyeds currently have blank Sundays on January 19 and 26 in the run-up to the opening Championship game against Widnes Vikings at Bower Fold on Sunday, February 2 but they are hoping to fix up another game on the 19th.