Parade of the new boys — and some who are not so new!

Declan Kay, Harry Aaronson and Adam Brook won’t feel like new boys, having played for Roughyeds last season while on loan from Rochdale, Swinton and Halifax respectively, but they are now fully-fledged Oldham players on contract and that’s a significant difference both for the players and the club.

You can say they are “real” Roughyeds now, as are the five “real” new boys, four of whom are pictured with Kay, Aaronson and Brook in this parade of new and not-so-new faces in a short break from pre-season training. 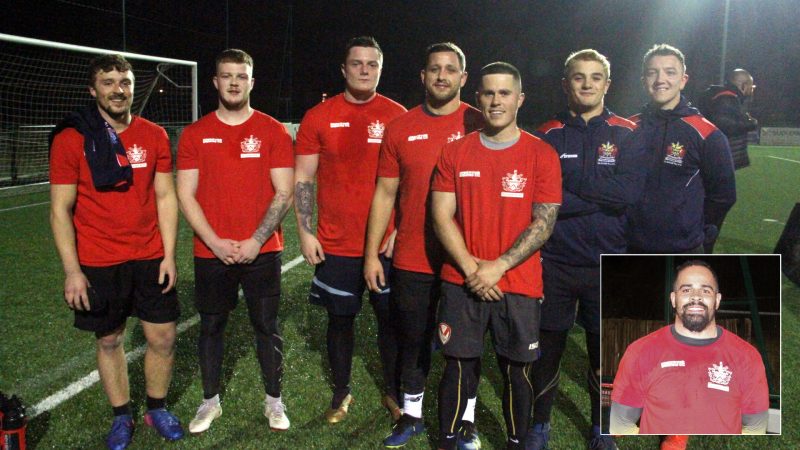 Matt Diskin’s five newcomers are 20-year-old outside backs James Worthington and John Hutchings from Wigan and St Helens respectively and the more experienced Jode Sheriffe, a prop from Dewsbury, Lewis Charnock, a half-back or loose-forward from Barrow Raiders and Dan Abram (24), whose last club was Rochdale and who plays equally well at full-back, half-back or hooker.

Only Sheriffe (inset) is absent from the picture — and even he wasn’t far away as new-look Roughyeds got stuck into pre-season training ahead of their forthcoming return to the Betfred Championship.