Lizzie Jones has been awarded the MBE in the Queen’s 2020 New Year honours.

She said she was “overwhelmed and privileged” to accept the MBE on behalf of the whole Rugby League family which had totally embraced the work to create and build the Danny Jones Defibrillator Fund. 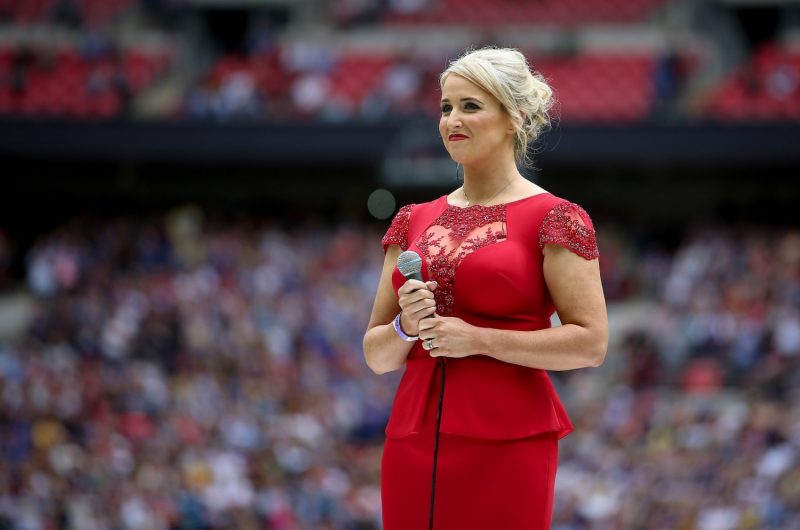 Lizzie has been recognised for services to Rugby League and to charity after founding and driving the Defibrillator Fund following the loss of her husband, Danny, in May, 2015.

He died from an undiagnosed heart defect while playing for Keighley Cougars against London Skolars.

Over the last four years, the Danny Jones Defibrillator Fund has raised almost £200,000 and purchased potentially life-saving equipment that is safeguarding the health of more than 40,000 Rugby League players and officials, as well as countless fans.

The fund has also helped to pay for cardiac screening for junior and adult Rugby League players, and in recent months has been helping other sports, including cricket, to generate the funds they need to install defibrillators at local clubs.

“The fund continues to save lives and raise awareness of cardiac health, and Danny would have been immensely proud of what we have achieved.

“I have met amazing people and heard incredible stories through my involvement with the fund and in my role as an ambassador for the RL Benevolent Fund, and this honour is as much for them as it is for me.”

“We would like to congratulate Lizzie on becoming an MBE which recognises the special part she continues to play in the sport.

“From the tragedy surrounding the loss of Danny, Lizzie has shaped a sporting success story that is impacting on the lives of thousands of people.

“Her energy and passion for cardiac health has meant that many families have not had to endure what she and her family went through. Lizzie’s MBE is richly deserved.”

“Everyone in Rugby League is proud of Lizzie, and delighted she has received this national recognition.

“Lizzie is a charity pioneer and her work continues to change and save lives in our communities. She has been a generous ambassador for the RL Benevolent Fund and is also a champion for women’s Rugby League.

“She has supported charities and businesses in Yorkshire, which has been recognised by a number of regional and national awards both for her voluntary work, and her career as a professional singer. Huge congratulations to Lizzie from us all at the RFL, and a very Happy New Year.”

2020 is a special year for Rugby League. The sport will be 125 years old and the Rugby Football League will mark the occasion with a year-long celebration involving the game’s most passionate supporters.

Saddleworth Rangers face a tough trip over the hill to Siddal in the first round of the Coral Challenge Cup over the weekend of January 11 and 13.

England Women have included four uncapped players in an 18-strong squad for their groundbreaking Test against Papua New Guinea Orchids in Goroka tomorrow (4am GMT).
Our Partners