LEE Kershaw is back at Oldham RL Club on dual registration and, like Ryan Ince, will be in contention for Sunday’s big game against Bradford Bulls at Bower Fold, kick-off 3pm.

Three others who didn’t play in the cup-tie at Widnes last week will also be in the running — centre Jack Croft (dual reg) and props Titus Gwaze and Jimmy Beckett, who are both on loan. 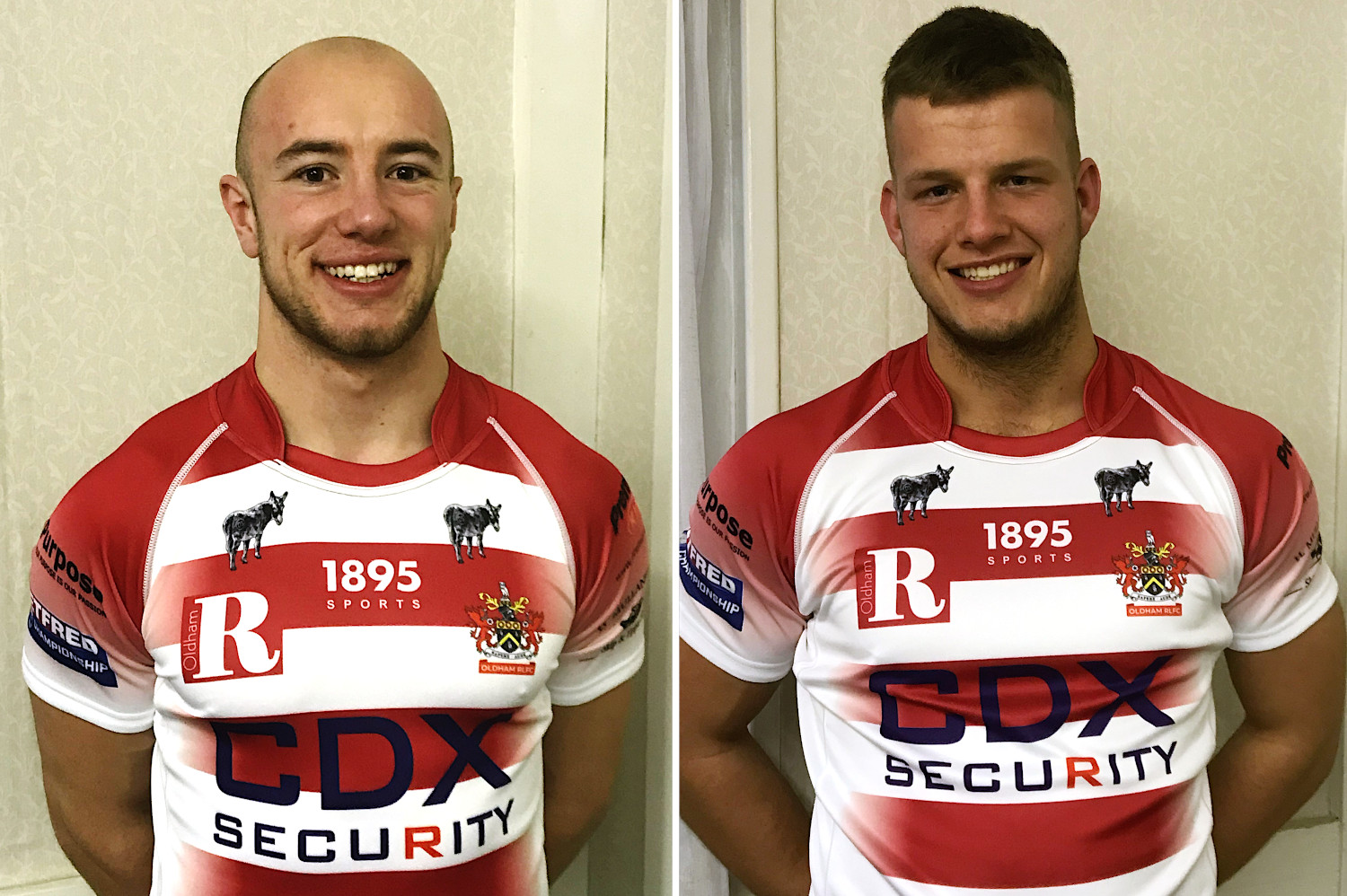 Kershaw, still only 20, needs no introduction to Roughyeds fans, having scored 11 tries in 20 games for Oldham in 2018 and another five tries in seven appearances last season.

Ince (23), also a winger, scored 19 tries in 22 games for Widnes Vikings last year and was then snapped up by Leigh Centurions, who have allowed him to join Roughyeds on a month’s loan.

Croft (18) and the two 20-year-old props Gwaze and Beckett didn’t play at Widnes because it would have made them ineligible for their parent clubs if they are required to play in the Coral Challenge Cup further down the line.

Diskin will have options, particularly in the backs, but he also has injury doubts to deal with concerning Liam Bent (knee), Matthew Fletcher (shoulder), Ben Davies (back) and another young centre James Worthington, who hasn’t played since the first day of the season.

Commenting on the captures of wingers Kershaw and Ince, Diskin said:

“They’re quality lads and I’m absolutely delighted to get them.

“Fans don’t need me to tell them anything about Lee, while Ryan has a great try-scoring record in the Betfred Championship, having scored 19 tries in 22 games for Widnes last year before signing for Leigh.

“When players like this are available you’ve got to move for them and that’s what we did to get them here.

“We are down on numbers and they will add considerable strength to the squad even if its only briefly.

“In the situation we are in, we’ve got to take it one game at a time and field what we consider to be the strongest possible side every time.

“The same applies to young Jack Croft. He’s a big, athletic lad and he caused Whitehaven a lot of problems on his debut for us on dual reg.

“Conditions were very difficult but he coped really well on a heavy pitch and I can’t see the conditions on Sunday being much different.

“Talking of that I’ll be looking to the wingers to work hard in backfield and to defy the conditions by bringing the ball back for us and getting us back on the front foot.

“We’ve got two very big games coming up with the visits of Bradford and then Dewsbury to Bower Fold on the next two Sundays.

“I’ll have some tough selection decisions to make, particularly in the backs.”

Most of his injury concerns involve the forwards. Tacking-machine Bent, who damaged a knee at Widnes last week, is said to be a “major doubt”, while Fletcher and Davies will also face late checks and tests.

There are hopes that Fletcher and Davies might make it and both are said to have a much better chance than Bent.

Fletcher’s shoulder injury turned out to be not as serious as it first looked.

“There are historical issues with Ben’s back and he took a direct hit on it at Widnes which caused him not to play in the second half.
“He’s responded to treatment though and he might be okay. We’ll know later.”

Worthington, who has had a groin problem, trained normally last night and everything will now hinge on whether he suffers any adverse reaction.