MATT Diskin’s well-chronicled call for a return to a more expansive and a more entertaining style of Rugby League has received the unqualified backing of former St Helens and Great Britain legend Paul Sculthorpe.

Few players of yesteryear have as much clout in the modern game as Scully, who is still involved at international level with the England set-up.

And to those of a certain age who have seen rugby league become so much more structured over the last few years it was a breath of fresh air to listen to Scully and to Lee Briers advocating a re-boot of the sport with a lot more emphasis on core skills and the return to a brand of rugby in which play-makers, especially half-backs, play instinctively and react to what they see in front of them.

Anyone who didn’t listen to these former greats of the game talking on the latest ‘Rugby League Back-Chat’ television presentation can catch up online at TotalRL.com, the programme’s sponsors, writes ROGER HALSTEAD.

Though not directly involved, Oldham boss Diskin’s views figured prominently after anchor-man Matthew Shaw said he had been talking to the ex-Leeds Rhinos hooker, who had again expressed the view that the modern game was too structured and players were no longer being coached to play what they saw in front of them.

Briers, a key member of the Warrington Wolves coaching staff, was initially somewhat guarded in his reaction, but not so Scully who came straight out with it. “I agree with Matt Diskin,” he said. 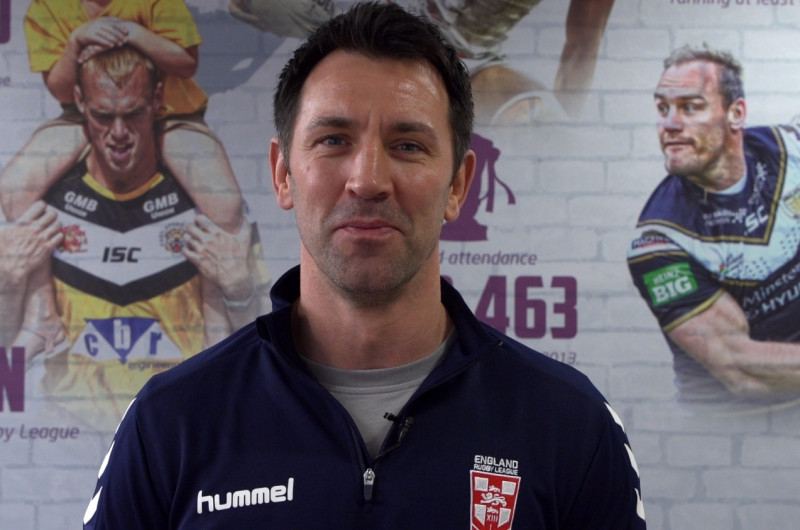 “For me the game has changed a lot over the years. I’m not in favour of three ‘middles’ — it was better as it used to be with two props and a loose-forward.

“If I was still playing today I’d be frustrated as a loose-forward and frustrated as a half-back because half-backs are not close enough to the action to run the game like they used to do. So often nowadays a forward will take the first pass and by the time the half-backs get their hands on the ball they can’t make much of an impression.

“For me a half-back should run the show but in Super League these days that’s not happening because they’re not close enough to the action and in any case they’re not being coached to play what’s in front of them.

“The best players win matches and they are the ones with the best physical attributes and the best skills. They’ve got to be allowed to express themselves but they can only do that if they’ve got core skills.

“Games very rarely pan out like training sessions. You can have as much structure as you want, but what happens when games don’t go to plan?

“The answer lies in players with core skills being given the freedom to play what they see.”

Regarding the international game, he said it was like a breath of fresh air to be working with new England boss Shaun Wane. He was confident we would see much better England performances in the World Cup next year.

“We need to play the British way, the skilful way. We’ve been trying to beat the Aussies at their own game and that’s not the way to do it.

“You’ll see a vastly different team though with Shaun in charge, both in how we play and in what is demanded of a player who has the honour of wearing the England shirt.”

Briers said young players growing up in the game today didn’t have any knowledge of what the game used to be like.

“If this is the way we want to go we’ll have to re-boot our game and the first thing I would do is get rid of Scholarships and bring back town teams at under-11s, under-13s and under-15s.

“Just let kids play, enjoy themselves and develop their own skills. We all like to win, but there’s a bigger picture. Society has changed and kids these days are not playing out every night after school like we used to do.

“I’d be playing rugby 35 hours a week when I was a lad, at dinner time in the playground, for the school team, every night after school, for my amateur team and so on.

“It’s not like that any more so there’s bound to be a difference We can still teach and coach core skills though. That’s the secret of success in any sport.

“When did we last see a chip and chase ? It doesn’t happen any more. Danny Maguire was probably the last half-back to do his own thing and if it didn’t come off to say to himself . . . so what.

“It’s up to us professional coaches to lead the way. Give the kids their head, just let them play.”

You can hear the full interviews online at totalrl.com