CDX Security step up their support in 2021

OLDHAM RLFC is delighted to announce that CDX Security, whose head office is in Warrington, will again be the club’ s main sponsors in the 2021 Betfred Championship season. 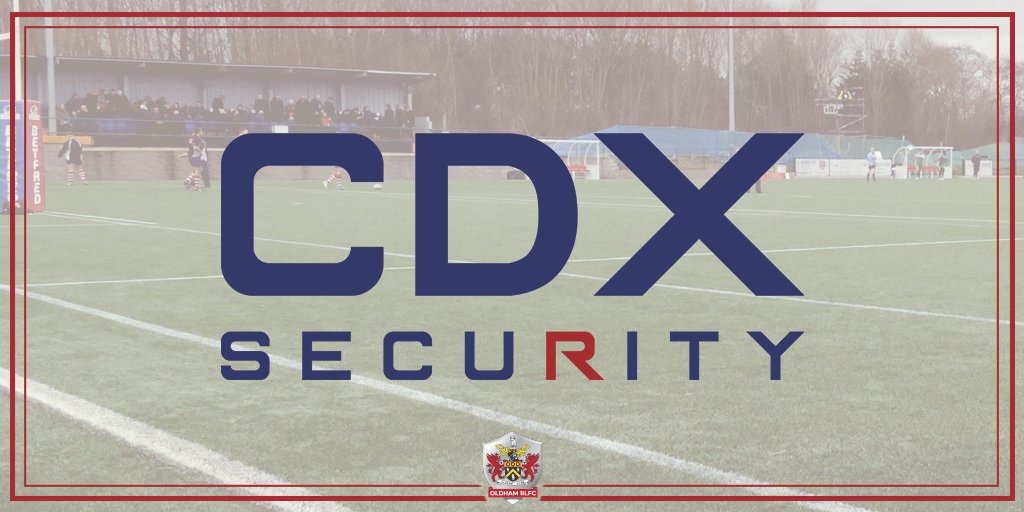 CDX have not only given the club a huge helping hand by not claiming a refund for this year’s curtailed Championship season, but have committed to sponsor the club again next year with increased financial support.

“That’s a fantastic gesture which has touched me greatly,”

“Since coming on board with us, CDX have been a superb partner for the club and we are already looking forward to going from strength to strength together.”

This outstanding Warrington-based family business, a national leader in the supply of security services across the UK, supported Roughyeds with various sponsorships in 2019 and then became the club’s chief sponsor this year.

“We are fully aware that in Rugby League at the moment the financial situation is a difficult one for all clubs from Super League down to the amateur scene.

“My personal view is that clubs like Oldham need to have someone in the background who can support them in their many challenges and, right now, can assist them in their preparations for 2021.

“We do a lot of work within the Rugby League community and we do our best to help wherever and whenever we can.”

Roughyeds have started the ongoing process of contacting all this year’s sponsors and season-ticket holders to see what they want to do regarding this ill-fated 2020 season and also about moving forward to 2021.

“As main sponsors of the club, John and CDX are an integral part of what we are trying to do.

“It’s fantastic that they have demonstrated their huge support for the club by not asking for anything back for this year and then by further committing to 2021 with additional financial support.

“It goes without saying that I am touched.”

A former chairman of Leigh Centurions and Swinton Lions, John Roddy was awarded the Freedom of the City of London in 2014 for services to the Private Security Industry.

He and his director sons Christian and Elliot head an 11-strong management team behind a company which prides itself in refreshing the security industry with proactive management and innovative security solutions.

CDX was formed in 2012 to support organisations in the improvement of security operations, policies and protocols.

Based in Warrington, it is owned and run by the Roddy family which carries family values and leadership into the business.

When the 2020 sponsorship backing was announced, John said:

“Chris (Hamilton) and I go back a long way and as a former club chairman myself I acknowledge what he has done over more than 20 years to keep pro rugby league alive in Oldham.

“We enjoyed backing the club with various sponsorships last year (2019) and when we attended the two play-off games at the Vestacare Stadium (at the end of last season) we were really impressed by the club’s hospitality and the hospitality of the fans, who made us really welcome.”

“I’ve known John for several years. Our promotion to the Championship was celebrated by CDX and together we are looking forward to life in the higher division and to strengthening our corporate partnership over the course of the season.”

That partnership has certainly been strengthened to a considerable degree, as confirmed by the new 2021 deal announced today.