The two front-row forwards, Dupree from Leeds Rhinos, Reilly from Dewsbury Rams, say how much they are looking forward to their first training session as Oldham players and also to the first time they will be playing for Roughyeds, hopefully with Oldham supporters inside the ground.

“This is a quick message just to say how much I’m looking forward to starting pre-season training as an Oldham player. We’ve been away from the game for a long time and I can’t wait to get back.

“Disco and Chris have really made the best of a bad situation and have built a very strong side for 2021. As a player, that’s something I’m really looking forward to being a part of.

“You guys (Oldham fans) have a lot to be excited about. As I say, Disco and Chris have made some good signings and have kept hold also of a lot of good players from last year.

“I’m looking forward to meeting all you guys — hopefully at the first game if restrictions are lifted — and getting to know you. Here’s to a good 2021.”

Dupree, also talking to Roughyeds fans on the club’s social media sites, expressed similar upbeat thoughts about his move to Oldham, and added:

“I can’t wait to get my first training session as an Oldham player under my belt. Hopefully, we’ll see you at the first game. Stay safe — and stay well.”

Oldham currently have a playing roster of 27 contracted players who will be under the command of head coach Matt Diskin and his two assistants in fellow Yorkshiremen Brendan Sheridan and Jode Sheriffe, who will double-up as a player.

Reilly and Dupree are among 12 new signings, the others being Luke Nelmes, Liam Kirk and Shaun Pick (all forwards like Reilly and Dupree) and backs Tommy Brierley, Ben Holcroft, Ryan Ince, Ben Heaton, Max Roberts, Callum Green and James Barran, a local lad who lives in Lees and was a Wigan Warriors product, like Holcroft, Roberts and initially Green, although he was latterly with Warrington Wolves. 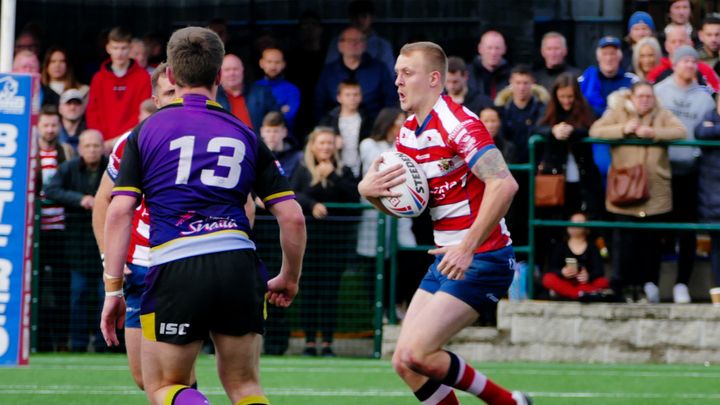 POPULAR Kyran Johnson, whose affinity with Oldham fans is widely and publicly reciprocated, has signed a new one-year deal.
Our Partners