Want to help the club? Ring Grant and join ORSA

FOLLOWING the Roughyeds’ official thank-you and public acknowledgement of the part played by ORSA’s Squad Strengthener scheme in the creation of a strong, 27-man squad for the 2021 Betfred Championship season, Oldham RLFC has now taken its appreciation a step further by placing ORSA on a pedestal and revealing exactly what help they’ve given in the club’s preparations for the start soon of pre-season training, over and above the part played by Squad Strengthener.

“ORSA has provided financial support to cover some of the initial costs of special equipment which we needed to enable us to get ready for the return to training. Most of these costs were additional to what we would normally incur, and with no regular income for several months it was particularly fantastic to get such help.

“In addition, ORSA has also provided even more help in enabling us to buy new training equipment for the new season, including tackle shields, water bottles and other materials, for which we are really appreciative.”

“It has been well documented that clubs have had to take special measures and buy new equipment in order to combat Covid when they return to training. Chris (chairman Chris Hamilton) has done a fantastic job in bringing us to the starting line — we hope to start soon — but in terms of helping the club to finance essential equipment and materials ORSA’s assistance has been absolutely fantastic. On behalf of the club and the players, in particular, a massive thank-you to all concerned.”

The Oldham Roughyeds’ Supporters Association (ORSA) is a group of enthusiastic fans with John McAndrew in the chair, Grant Somerville as secretary and Sheila Somerville as treasurer.

“In such unprecedented times, ORSA was keen to show its support for the club in a meaningful way, ahead of the imminent resumption of training. Despite a reduction in our own funding potential, a recent renewal campaign having seen a substantial loss of memberships and little opportunity to raise any funds, we wanted to give an early boost to the club’s staff. Now, more than ever, this seemed to be a very appropriate time to help out and we are pleased to have been able to do so, as we all look forward to a return to action next season”.

ORSA has given a donation to the club, to help to cover initial costs of equipment such as PPE and cleaning materials, which were essential to comply with the requirements under the RFL’s Covid-19 protocol arrangements.

Also, following on from the replacement tackle shields that ORSA purchased in March, prior to the initial period of lockdown, the association has now purchased additional shields, new bottles and carriers and a variety of other items required by the squad for training purposes.

ORSA is hopeful that, from this, fans will see the relevance of getting involved in boosting its funds, by virtue of raising free donations from their online shopping purchases, by registering and then shopping via the ‘Easyfundraising’ organisation, with which they are registered. Details of the scheme and other ways that fans can help are on the club website, under the ORSA banner.

For more information, or to get involved, ring Grant or Sheila Somerville on (01706) 844810 or email them at this address: g.s.somerville@ntlworld.com

In line with the planning being done by our club for the 2021 season, the Oldham Roughyeds Supporters Association (ORSA) representatives recently contacted existing members to pursue for the renewal of their memberships and wish to thank those supporters who continue to support in this way. 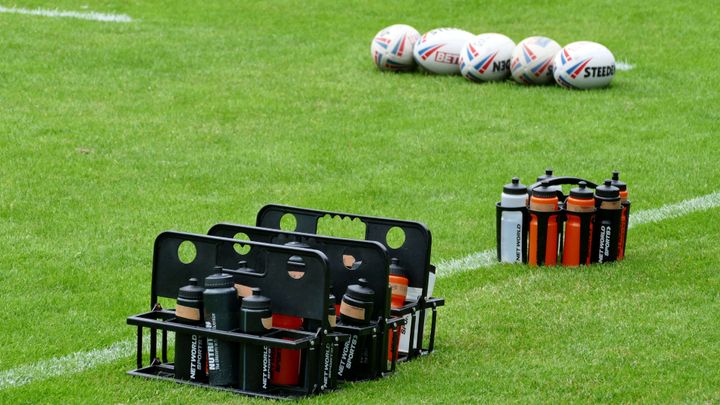 AT Brian McDermott’s request, the club has provided him with six additional tackle shields which have been funded by ORSA, the Roughyeds’ Supporters’ Association.

Another pat on the back for ORSA

​ORSA was again mentioned in dispatches from the front line after agreeing to pay for a players’ bonding session in Manchester this Saturday night.
Our Partners