Stand by for the Betfred Challenge Cup draw

EYES down, look in. Roughyeds will be in the draw for the first two rounds of the Betfred Challenge Cup, which will take place this Thursday, February 11, from 5pm and will be available live through BBC Sport.

In the hat will be Oldham and the other Betfred Championship clubs, minus Toulouse Olympique, plus three Betfred League One clubs in Barrow Raiders, Keighley Cougars and West Wales Raiders, making 16 in total.

First-round ties will be played on the weekend of March 21 and second-round ties on the following weekend.

Ball numbers and further broadcast details will be available on Wednesday.

The Oldham Times, six days a week, back on board
Law changes for 2021 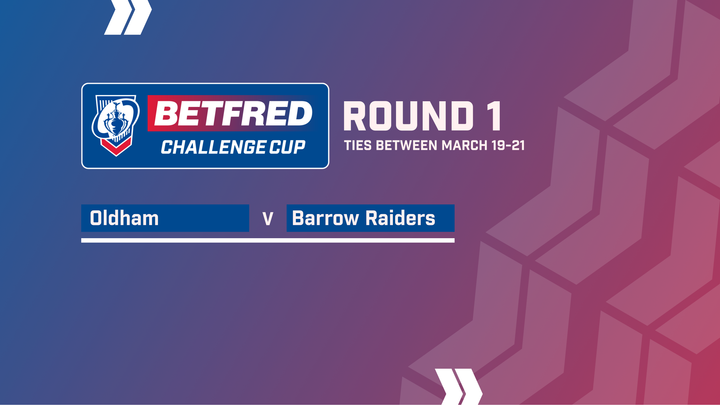 Betfred up for the Cups

Betfred have secured a Rugby League double for 2021, with a one-year deal to become title sponsors of the Challenge Cup to add to their long-running partnership with the Super League.