PACK prospect Matthew Fletcher has predicted a vastly-improved performance from Roughyeds in their second and final pre-season game against Halifax Panthers.

For the first time in more than a year, Rugby League returns to Bower Fold, Stalybridge this Saturday, March 13 (4pm kick-off) when Fax, or Panthers to give them their new name, meet an Oldham side still smarting from a 58-10 defeat at fancied Featherstone Rovers last weekend.

Despite Featherstone’s billing as second favourites to win promotion to Super League, it wasn’t the return to action that Roughyeds boss Matt Diskin had hoped for.

Young forward Fletcher, one of six Oldham-born players in the 23 used at the Millennium Stadium, was one of the few to emerge with credit, alongside centre Ryan Ince, loose-forward Martyn Reilly and replacements James Barran, Tyler Dupree, Luke Nelmes and Declan Gregory.

Of those, the two young Oldham-born boys, Fletcher (21) and half-back Barran (22) did really well against one of the best and most powerful teams outside Super League.

Fletcher crowned a sound performance as a replacement forward by scoring Oldham’s second try with a strong surge to the line midway through the second half.

Barran set up both Oldham tries — the first for Ryan Ince with a defence-busting grubber kick to the corner; the second for Fletcher with a cute, well-timed short pass.

“None of us emerged with heads held high. We expected to do a lot better than we did, but we were beaten in every aspect of the game.

“I don’t want to make excuses, but it was our first game for a year against quality opposition and it was weird playing in an empty stadium. In many ways it was like having a training session — you could hear more, but no atmosphere at all. Featherstone coped with it far better than we did.

“Bodies were sore the next morning, to be expected, but in the main we came through okay and now we’re concentrating on putting things right for next week. We’ll go well against Halifax. You’ll see a different Oldham, just wait and see.

“I don’t score many tries, so it’s always enjoyable when I do and this one was no exception, even though it didn’t affect the outcome.

“James Barran had good reason to be satisfied with his game but he’s from the St Anne’s club and I was originally at Waterhead, so my congrats to him are muted . . . joking, of course !.”

Next up, the Halifax game will be live streamed on OuRLeague. There will be no charge for Oldham season-ticket holders, but it will cost £4.95 for the rest, if bought before Saturday, and £10 on the day.

Season-ticket holders will need a code, supplied by the club, in order to access coverage. They will be issued before weekend. Anyone who didn’t supply their email address when purchasing their season ticket should let the club have it immediately by email to:

Tough going on return to action
Pick to bolster pack? 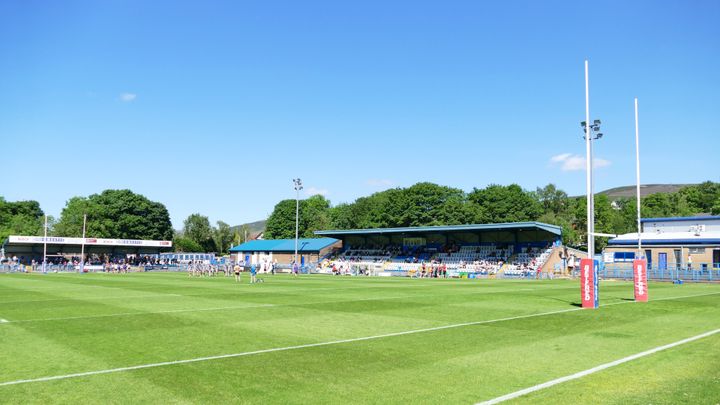 ROUGHYEDS forward Matthew Fletcher has taken on the challenge of coaching Waterhead under-13s.