Tough going on return to action

THE first game back after a 12-month break was always going to be tough against a top-quality team like Featherstone Rovers and so it proved in the friendly at the Millennium Stadium, played behind closed doors.

Rovers won 58-10 with a side that included several full-time players from Super League. They were brimming over with class and confidence. Not without reason are they being tipped as one of the favourites to go up,

The home side scored 12 tries in total – a statistic in itself that clearly indicates that Matt Diskin’s men need to do a lot of work on defence before the start of the season proper.

Rovers fully justified their statements that they are going flat out for promotion to Super League this year but they will be the first to admit that Roughyeds made it easy for them at times, especially when defending wide out or on the edges.

Not too much can be deduced from a game of this nature with nothing at stake and both coaches using 23 or more players. It was, typically, the first game in a pre-season warm-up programme and Matt and his backroom staff will have learned a lot in adversity about what needs to be done .

We will no doubt see a much-improved Oldham performance in the second warm-up game next Saturday against Halifax Panthers at Bower Fold.

Roughyeds saw nothing of the ball in the first half and were constantly on the back foot as Rovers launched one attack after another. It was one-way traffic as the visitors were asked to tackle and cover with hardly a moment in which to catch their breath.

The second-half performance was much improved with ball in hand, but it is fair to say that Roughyeds have a lot of work to do before the season proper starts up with the visit of Barrow Raiders to Bower Fold in a fortnight in the first round of the Bwtfred Challenge Cup.

Youngster James Barran, who didn’t look at all fazed by the quality and strength of the opposition, split the Rovers defence with a quality kick to the corner in the build-up to the first Oldham try by Ryan Ince.

Playing at centre, Ince was one of the better players in red and white, as was Matthew Fletcher, one of ten substitutes, who finished powerfully to score the second Oldham try deep into the second-half. Dave Hewitt kicked the goal.

In the forwards, Martyn Reilly worked hard from the start, while Luke Nelmes and Tyler Dupree came off the bench to catch the eye with Fletcher and with another sub, Declan Gregory.

Dupree hobbled off in the second half with a damaged ankle, while Ben Heaton was also in the wars with a head injury.

Overall, it wasn’t Oldham’s day, but better now than later when there will be more relevant games in which the Roughyeds can prove they’ve learned the lessons from the Millennium Stadium. 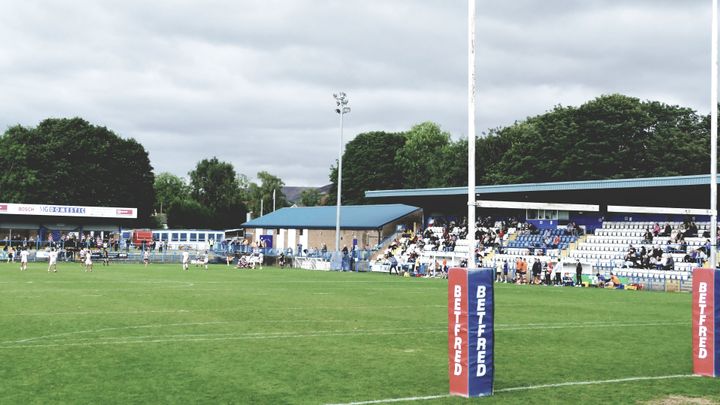 WE are pleased to confirm that we will play the first of two pre-season games against a strong Featherstone Rovers side at the Millennium Stadium (Post Office Road) on Saturday, March 6, kick-off 1.30pm.

IT wasn’t the win we wanted in our last home game of the season, but if nothing else we closed the Bower Fold book on this 2021 Betfred Championship campaign with a four-try flourish which included our best individual touchdown of the year from Tyler Dupree
Our Partners