Injury concerns ahead of London trip

THE Roughyeds’ medical staff will be working overtime at training tomorrow tonight (Tues) when at least eight players will be in for treatment, five of whom picked up knocks in the defeat at Batley on Saturday.

Next up is London Broncos away this coming Saturday, a Betfred Championship clash that starts at 2pm and will again be streamed live on Our League for a cost to Oldham fans of £4.95 if purchased before game day.

The game will be played at Rosslyn Park RU Club’s the Rock, situated near Barnes Common off Upper Richmond Road, SW15 5JH.

Oldham currently sit eighth in the division with a 50 per cent win record, having beaten Swinton Lions at home before losing at Batley Bulldogs.

Broncos, a full-time outfit, are bottom of the pile, having been hammered 47-14 at Halifax and then forfeiting their game at Toulouse Olympique which amounts to two defeats from two in terms of the league table.

They played at Halifax without first-choice half-backs Jarrod Sammut and Cory Aston, but they are both expected to be back for the Oldham game.

The Roughyeds’ side, much depleted at Batley, will depend to a large degree on how a lot of players respond to treatment this week.

Front-line forwards Shaun Pick, Phil Joy, Martyn Reilly and Liam Kirk all missed the Batley game and coach Matt Diskin will be hoping at least some of the four will be ready for the trip south.

Half-back James Barran (groin) was also out of the equation for the Batley game, having been injured in the Challenge Cup defeat at Swinton three weeks earlier.

Utility back Kyran Johnson, who hasn’t played yet this season, was in the provisional 21-man squad for Batley, but he didn’t make the cut and his progress after back trouble will continue to be monitored.

The club will know more about the weekend’s prospects for each of these players after treatment and assessments.

Prop Joy, virtually an automatic choice on the open side of the front-row for the last few seasons, has been struggling with strained and pulled hamstrings since the first friendly at Featherstone five weeks ago.

“Hamstring problems can take a while and mine are no exception. I thought I had a chance to play at Batley, but I suffered a little setback in training last week.”

Broncos have had two consecutive blank weekends and a break like that can work two ways; either beneficial because of rest and the time it offers in which to get players back after injury or a hindrance because the lack of match practice can adversely affect team and individual performance.

“The break has given us time to get some bodies back on the field and plenty of training in the legs as well as the time to address issues from the heavy defeat at Halifax.

“We made too many errors, gifted cheap penalties and the gamer got on top of us.

“The Championship is a tough division and no points can be taken for granted.”

Returning halves Sammut, a clever and much-travelled Kiwi, and Aston, son of Sheffield Eagles boss Mark Aston, have often caused Oldham worries in the past and every effort will have to be made to keep their impact to a minimum.

Oldham haven’t played the Londoners since 2017 when Broncos romped to a 74-12 win at home, but were lucky to win 20-18 at Bower Fold thanks to a last-minute runaway try by Welsh winger Rhys Williams, who is now at Salford. 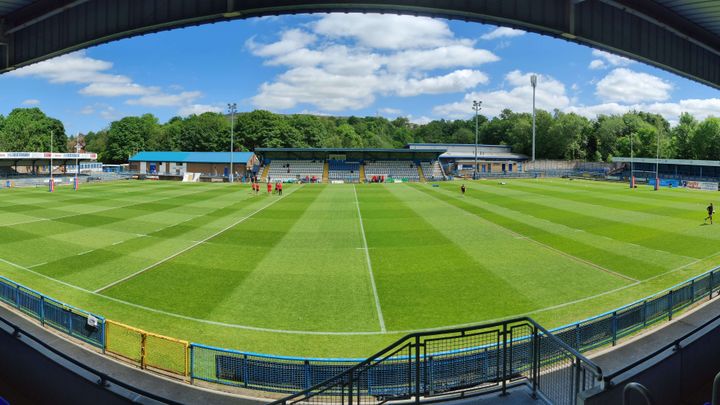 ASK Chris Hamilton, Brian McDermott, Brendan Sheridan, the backroom support staff and the Oldham players if their season was defined by the narrow defeat at Whitehaven and they will tell you to a man: No way. How can it be with eight games still to play?
Our Partners