Shez podcast interview not to be missed

BRENDAN Sheridan, our assistant coach, who survived a massive Covid scare more than a year ago, is this week’s guest on our official Oldham RLFC Podcast, which is now in its third week and receiving hits from all over the world.

We’ve had messages from America and Australia from Oldham fans, saying how much they enjoyed our first two interviews of club captain Gareth Owen and then Jack Spencer, who has recently played his 100th Roughyeds game.

Brendan, known throughout rugby league as ‘Shez’, is No 3 and the interview is one that’s not to be missed.

Kris and Jamie Hollingworth. life-long Roughyeds fans, have been taken on board to conduct the interviews, and a jolly good job they make of it too.

“The whole idea is about informality. We wanted the interviews to be something similar to what you would get when a few blokes were chatting over a pint in a pub and that’s exactly what we’ve got.

“Kris and Jamie hit just the right note. We’re absolutely delighted with the way the Podcast is going and we think fans will be too.”

As well as talking about all things Roughyeds, Shez describes how he battled back from the brink while in an induced coma in Pinderfield Hospital, Wakefield and tells about his mental health issues and the work he does now in raising awareness of men’s mental health.

He makes a point of describing how so many people in rugby league helped him — Matt Diskin, Chris Hamilton, the Oldham players, and Steve McCormack at RL Cares, to name but a few.

“We need to spread the word about our Podcast, which will be going out every Thursday. Well done Kris and Jamie, they’re just what we wanted.”

Also available now is our online programme for the Halifax game, 24 pages of rugby league views, facts, figures and pictures old and new. mainly about Roughyeds, but also featuring the upcoming World Cup, national newspaper coverage of the greatest game and a new book on the former Fitton Hill Club.

Access is FREE for season-ticket holders, but it’s open to anyone at a cost of £2.50 per issue or £15 for the full season.

One of the most interesting facts to emerge in this particular issue concerns Danny Langtree. Why not give it a go and see what you think. 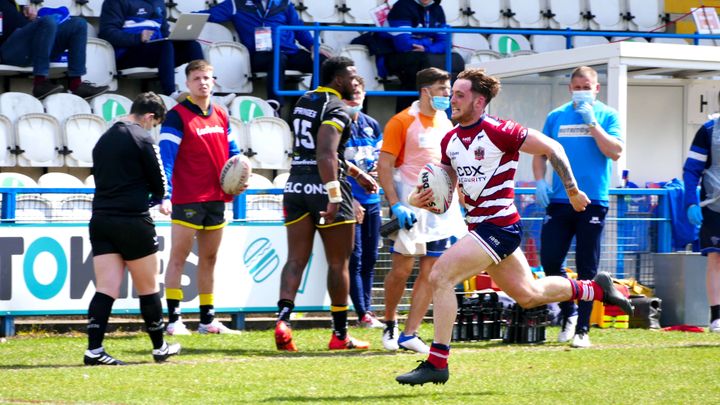 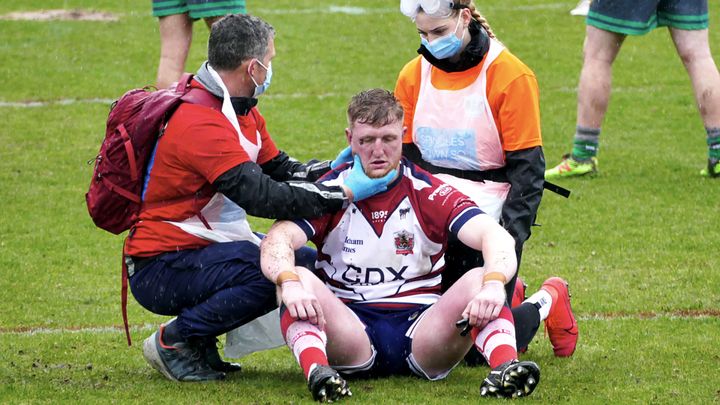 FRONT-ROW forward Liam Kirk, who took a blow to his head in the first few minutes of Oldham’s clash with Whitehaven at Bower Fold on Saturday, is currently following the RFL’s return-to-play protocols for players who suffer head injuries 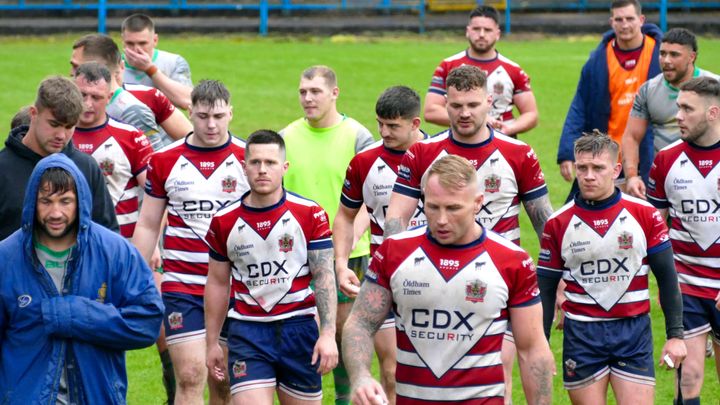 Eyes Down for the Roden family and a big game to boot!

RIVAL coaches Matt Diskin and Gary Charlton won’t name their teams until an hour before kick-off but it’s odds-on that best mates and half-cousins Callum Green (Oldham) and Aiden Roden (Whitehaven) will be on opposite sides in an intriguing Betfred Championship clash at Bower Fold today (Sat), kick-off 12.45pm
Our Partners