TICKETS for our return to Bower Fold on Sunday, after two games on the road, are now on sale online.

Widnes Vikings will provide a stern test for us, a week before their appearance in the AB Sundecks semi-final at Featherstone Rovers, where they will be aiming to get to Wembley in this competition, as they did in 2019.

To secure your place at Sunday’s Oldham v Widnes clash in the Betfred Championship, which is sure to be a great occasion with fans inside the ground for the first time this season, visit our tickets page NOW.

Buying tickets online HERE is the only way you can watch the game from inside the ground.

We have no game on the weekend of June 5/6, nor have most other teams.

“It will be a fantastic weekend for the game. It’s great that fans will be able to attend these big games and that we can stream the AB Sundecks 1895 Cup semi-finals, free on Our League, to a wider audience.

“We did that in the inaugural competition in 2019 and they attracted strong figures.

“With the growing membership of Our League and a growing interest in the 1895 Cup, we are confident that we will beat those figures in 2021.”

First things first though and this Sunday it’s Oldham v Widnes at Bower Fold. Online tickets, the ONLY tickets, are on sale to fans of both clubs so the message to Oldham fans is: Get in NOW and get in EARLY.

Tweets from Roughyeds
Things you need to know about tickets for the Widnes game
It's Here! England unveils new training range

AFTER their huge defeat at Whitehaven last week, Widnes Vikings brought back centre Steve Tyrer, hooker Lewis Hulme, second-row Shane Grady and loose-forward Matty Smith against Oldham and were a much stronger side in providing the perfect response to their Cumbrian nightmare 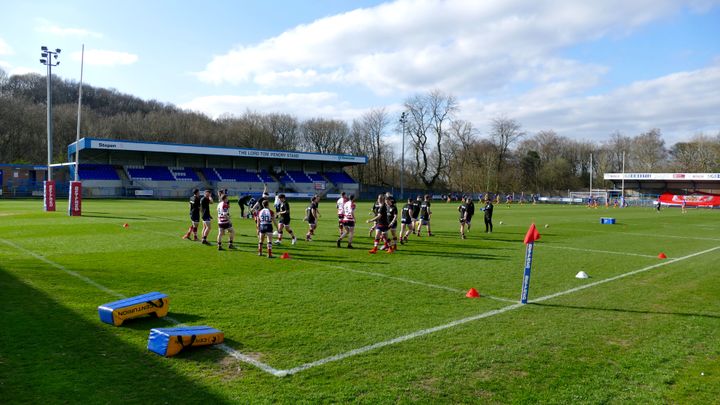 OLDHAM RLFC wishes supporters to know that the local authority has approved its plans for welcoming fans back to Bower Fold on Sunday, kick-off 3pm
Our Partners