All change on Tyneside

THE Newcastle Thunder side that Oldham will challenge at Kingston Park on Sunday (3pm) will show little resemblance to the Thunder line-up that was devastated when Roughyeds met them last and won 18-14 in the 2019 League 1 Promotion Final at the Vestacare Stadium.

While nine members of that Roughyeds team are still at the club, only THREE Thunder players from that thrilling promotion showdown were still in the team that won 36-30 at Swinton last time out; namely, left-wing Alex Clegg, loose-forward Liam McAvoy and one of the subs, Evan Simons.

Ireland international O’Carroll (34) was at the Waterhead club as a boy before making 149 appearances for Wigan, Hull and Widnes., plus six games for Ireland, between 2005 and 2017.

His coaching career began at Widnes where he was No 2 to Denis Betts, who is now Director of Rugby at Newcastle.

O’Carroll was then named assistant to Steve MacNamara at Catalans in the South of France before Betts offered him the top coaching job at Newcastle.

As a former Wigan legend, Betts has used his contacts at the Super League club to forge a relationship with Thunder which has seen several quality players from the Warriors move to the North-East to kick-start their full-time careers.

They are headed by half-backs Josh Woods and Jake Shorrocks, who have nearly 40 Super League appearances between therm.

Throw into the mix more recent signings like Ted and Jay Chapelhow, Nathan Wilde, Mitch Clarke, Ukuma Ta’ai, Sam Halsall, Calum Turner, Jack Johnson, Cian Tyrer, Kyle Trout and it’s easy to see that Thunder are not short of a bob or two and are also prepared to speculate to accumulate.

NEWCASTLE Thunder have made a change in their 21-man squad for Sunday’s Betfred Championship game against Roughyeds at Kingston Park (3pm), calling up young centre Isaac Nokes

PROP Liam Kirk, who has missed the last four games with a head injury (concussion), is back in the Roughyeds' 21-man squad for Sunday’s last home game of the season against Newcastle Thunder at Bower Fold (3pm) 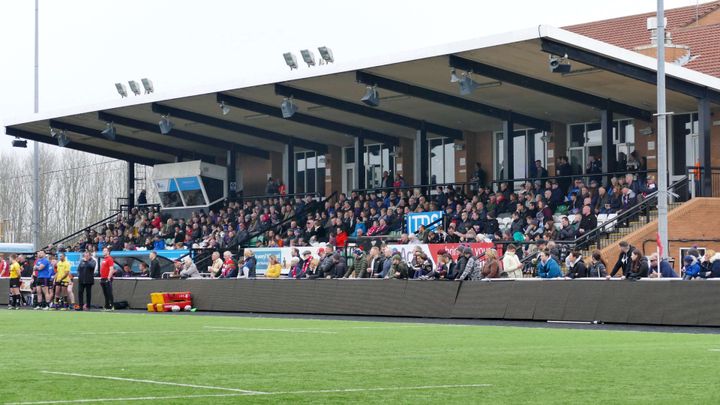 Despite recent results Matt has faith in his squad

MATT Diskin, our head coach, believes Roughyeds can win at Newcastle Thunder on Sunday (3pm kick-off) despite a poor run of defeats and Thunder’s huge advancement on and off the field since we beat them in a thrilling 2019 Promotion Final
Our Partners