IT might be unfair, with Bradford third in the table and possessing a large squad of 30 players, but a lot of people will inevitably regard Sunday’s Oldham-Bradford clash at Bower Fold (3pm) as Brian McDermott v John Kear.

Given that the Bulls have won eight of their 11 Championship games to date and are, in effect, top of the pile if you discount the two who are out on their own with 100-per-cent records (Toulouse and Featherstone), the odds are stacked heavily in Kear’s favour.

That won’t faze Brian one iota. He will demand nothing less than 100 per cent effort for 80 minutes from all 17 players wearing the Oldham shirt as Roughyeds begin their fresh start to climb out of the bottom two.

He can ask for no more, as Kear knows all too well, having been in McDermott’s shoes back in 2006 when struggling Wakefield engaged him in the July of that year in a late bid to keep Trinity in Super League.

He reckoned he needed to mastermind four wins from the last six, including two against arch derby rivals Castleford Tigers.

It went down to the last game of the season, dubbed “The Battle of Belle Vue” — Kear’s Wakefield v Terry Matterson’s Castleford, the winners to stay up, the losers to go down.

A capacity crowd of 11,000 saw Wakefield triumph 29-17 in a thriller that changed Kear’s mind about the merits of promotion and relegation.

“I was previously in favour of licensing, but everything about that game proved to me that promotion and relegation were part of British sport’s culture.

“It was a game that meant so much to so many – both clubs. I was aware of what it meant to the people of the city of Wakefield.”

This season, because of Covid and the likelihood of some teams playing a different number of games to the rest, league placings are determined by average success rates, but to give an idea of the task facing Oldham they currently have four points, while third-bottom York City Knights have eight.

Moving up, the next four have nine points, but Roughyeds have still to play Whitehaven, Sheffield and Dewsbury away and Newcastle at home.

The Toulouse game was cancelled, so if everybody plays every other game they are scheduled to play between now and the end of the season, some teams will finish on 21 games, including Roughyeds, and some on 22 — hence the percentage system.

The battle for The Great Escape starts here.

To get your tickets for part one of a massive sporting Sunday — Oldham v Bradford Bulls, followed by England v Italy in the Euro football final — go to our ticketing page.

If you can’t make it to Bower Fold (3pm kick-off) you watch it on Our League for as little as £4.95 if you purchase the streaming before midnight Saturday. 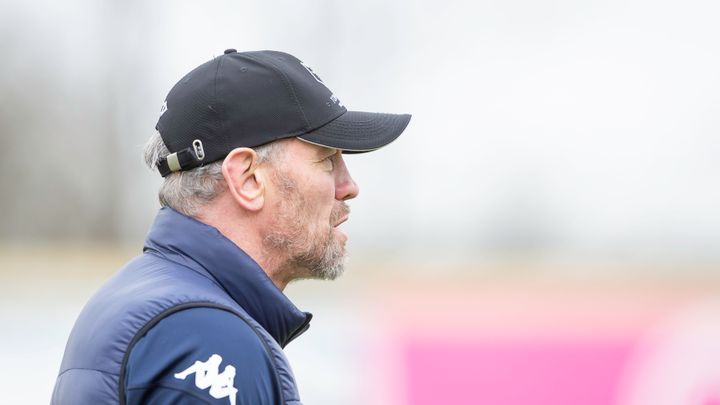 Roughyeds are delighted to announce a major coup with the arrival of former Harlequins RL, Leeds Rhinos and Toronto Wolfpack boss Brian McDermott as coaching consultant to the end of the season

STU Littler and his merry band of Roughyeds’ new boys – 14 of the 20 players signed so far will be dragging on the famous Oldham jersey for the first time – face a tough start in next season’s Betfred League One campaign with Keighley Cougars at home first and then Hunslet away.

We go to Hornets on Good Friday