We hope as many fans as possible will be at Bower Fold to back the lads in their first game since the arrival at the club of Brian McDermott, but for those who can’t make it, the game is free to view on OuRLeague for our season-ticket holders, as with previous OuRLeague presentations, and for only £4.95 for everyone else if purchased before midnight tonight (Sat).

After midnight the cost goes up to £10.

Bradford will have a lot of fans in the ground and it will be a huge positive for Brian, Brendan Sheridan and the boys, as they begin their ‘fresh start’ bid to stay in the Betfred Championship, if they also have good backing.

What better way to plan your super sporting Sunday than by watching a Brian Mac-inspired Roughyeds take on the Bulls at Bower Fold in the afternoon and then be home in plenty of time to watch England against Italy in the Euro football final in the evening.

Our 21-man squad to go head-to-head with third-placed Bradford is as follows:

Dave Hewitt is still out with a rib problem, but the Bulls also have half-back injuries and will be without Danny Brough, Billy Jowitt and Jordan Lilley.

The only senior and well-established half-back in their 21-man squad is Joe Keys, who has been brought in on short-term loan and who produced an eye-catching performance in the Bulls win against Batley Bulldogs last week.

In the build-up to the game, Roughyeds skipper Gaz Owen has talked about Brian McDermott’s arrival at the club to Doug Thomson on the Total Rugby League website.

He said Brian, as coaching consultant, had already made a major impact and added:

“He has an unbelievable record and when he speaks you listen. We know we have the players to compete in this division but it’s about mindset and Brian has improved that already.

“There’s a lot of hard work ahead of us, but we have ten games left and that’s a lot of points to play for.

“We were all disappointed when Matt Diskin left, but our chairman, Chris Hamilton, could hardly have brought in anyone better.

“Brian’s arrival has given us all a lift and its up to us as a group to make the most of having him here.”

Tickets are still available for Oldham’s clash with Bradford Bulls at Bower Fold on Sunday (3pm) — the Roughyeds’ first game since the arrival at the club of the legendary Brian McDermott, the most successful coach in Super League history 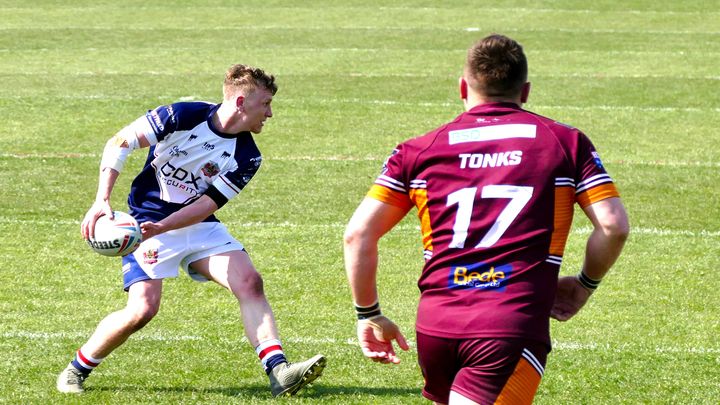