FOUR players who were regulars in the Oldham side that was relegated from the Betfred Championship at the end of the 2021 season have left the club to sign for Widnes Vikings.

Tyler Dupree, who can play anywhere in the forwards, hooker Declan Gregory, winger Ryan Ince and back-row forward Liam Bent have each signed a one-year contract for the Vikings, who are targeting a Championship play-off place next year.

Widnes confirmed the signings on their website at 11am today.

Dupree, who is 21, scored ten tries in 18 appearances in his one season with Roughyeds to emerge as the club’s top try scorer in 2021.

Gregory, aged 25, played in 16 of a maximum 23 games this year, having previously played for Salford’s academy side, Rochdale Hornets, North Wales Crusaders and Castleford Tigers.

Ince, also aged 25, returns to his home-town club after stints with Leigh Centurions and the Roughyeds, for whom he has scored two tries in 22 games, covering the curtailed 2020 season and then 2021.

Bent, the tackling machine we signed from Salford four and a half years ago, has made 93 appearances and has twice won Supporters’ Player-Of-The-Year awards on the back of his sterling defensive efforts.

We thank the players for their service to the club and wish them well in wherever their future careers take them.

WE are delighted to announce the signing of Declan Gregory (24), a hooker with plenty of League 1 and Championship experience, who has been training with us for a while, following his departure from Castleford Tigers 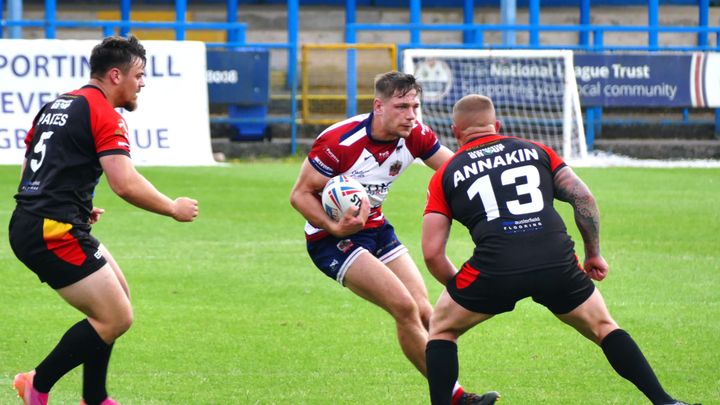 Fans’ favourite Liam Bent celebrates his 24th birthday tomorrow (Mon), with a message to the Oldham club and its fans ahead of his move to Widnes Vikings after four years and 93 games with the Roughyeds
Our Partners