PROMOTED Barrow Raiders, who will be in the Betfred Championship next season, have confirmed the signing of our long-serving, popular and record forward try scorer, Danny Langtree.

‘Langers’, as he was popularly known, was half way through a two-year contract, but it contained a clause that freed him in the event of Roughyeds going down to League One.

“Obviously, we are sorry to see him go.

“He’s never been anything but a good lad in every sense of the words and a player who has given us fantastic service over a long number of years.

“Due to relegation and the projected situation regarding central funding we were in an impossible situation.

“We spoke to Danny and also to his agent. Everything was done the right way and we wish him all the luck in the world.”

In our 2019 promotion season, he was top forward try scorer in League One with 17 tries in 17 league appearances, 18 in 18 overall.

His biggest claim to fame though is that his 94 tries in 195 games for Roughyeds means he has scored more tries in his Oldham career than any other forward in the club’s history which goes back 145 years.

“I was at Oldham for a long time and I loved my time there. I wish the club, the lads and the fans all the best. Hopefully, they’ll be back in the Championship soon.”

Langers arrived at Oldham in his teens after going through the youth systems at St Helens, his home-town club. He was a top player in a young Oldham reserve side that also contained Phil Joy, Kenny Hughes, Michael Ward and Steve Nield, all of whom went on to play in the first team.

It was only a matter of time before Langtree got his chance in 2012 and he went on to become one of the club’s best-ever back-row forwards.

He had a brief spell at Hull FC. but he was soon back at Oldham, scoring tries, making big tackles and playing a massive role in each of our two promotions in 2015 and 2019.

Don’t forget to check the website and/or our social media platforms at 7pm this evening for an important announcement. 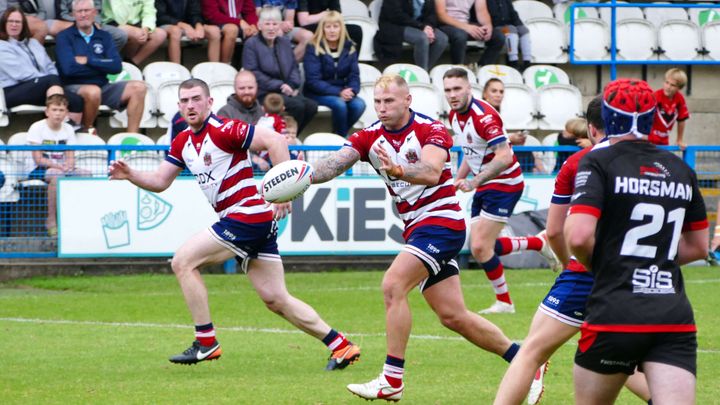