DAVID Hewitt and his opposing half, Jordy Gibson, were both sent off after an altercation near the end of Crusaders’ 30-16 win in Colwyn Bay on Saturday evening.

Credit Roughyeds with a more-than-workmanlike first quarter and a great last quarter in which they scored 16 unanswered points with tries by Billy Yarrow, James Thornton and Brad Jinks, two of which were converted by Martyn Ridyard.

His other attempt from wide out on the right struck a post and bounced out.

In the first 20 minutes, Roughyeds were in the driving seat , both territorially and in the amount of possession they enjoyed.

They couldn’t break down a very determined and well structured home defence, but Connor Carr was stopped on the line and there were several other instances in which it needed terrific home defending on the goal line to keep Roughyeds out.

A couple of Roughyeds errors gave Crusaders a foothold in the game as we edged into the second quarter and it was then that those two prolific try scorers Gav Rodden and Rob Massam used all their power and speed up their left flank to take the game away from us.

Normally a second-row forward operating on the left, Rodden was switched to left-centre because Matt Reid was injured and his two tries showed exactly why he has now succeeded Owen Restall as top try-scorer in Betfred League One.

Massam chipped in with another, Tommy Johnson added three goals and, unbelievably on the balance of play over the first 40, Crusaders led 18-0 at half-time.

Roughyeds are not the first team, and they won’t be the last, to be beaten by Rodden’s speed and power and/or by Massam’s try-scoring prowess.

In the run-up to half-time, when Crusaders cleverly brought them into play on every possible occasion, they were almost unstoppable, although one terrific try-saving tackle by Restall on the touchline demonstrated how to do it.

Rodden took his try-scoring feats to nine games in a row to set a club record, which beat the eight, jointly held by Massam and Scott Turner.

Many other teams, you see, have been unable to keep this prolific pair at arm’s length and although the 18-0 half-time score didn’t represent the balance of play up that point, it was more than enough to boost Crusaders’ confidence and to gnaw at the self-belief of a new-look Roughyeds side that is still coming together as a team.

Creditably, Crusaders paid Oldham the ultimate respect of going flat out for even more points after half time (they had no intention of seeing Roughyeds score first) and although Rodden was still in the dressing room injured and Massam was to depart with an ankle injury, their forwards got on top.

It was largely due to pack power that Gibson and Alex Eckley scored in the second half, both goaled by Johnson, to take the league leaders out to 30-0 before Roughyeds bounced back.

We scored three tries and could have had more (Jordan Andrade was held up over the line and a Hewitt grubber into the goal area caused absolute confusion and forced a drop out) as we came up with some of our best attacking rugby of the game.

Yarrow set it off by burrowing over from dummy half before Ridyard put Thornton in and then Jinks went over.

Flynn in 21-man squad for trip to North Wales
Rob Burrow book: paperback out on May 26

Flynn in 21-man squad for trip to North Wales 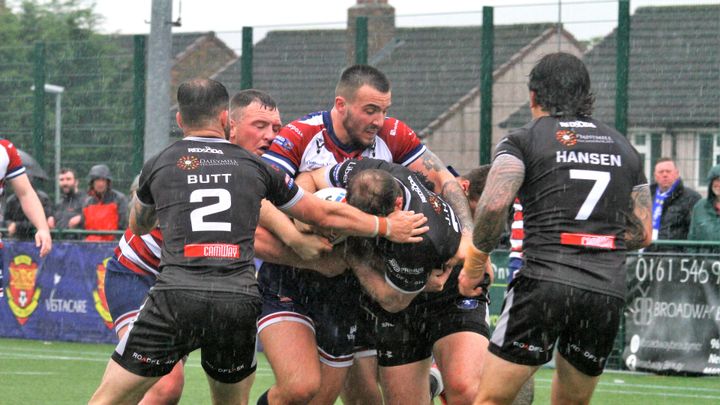 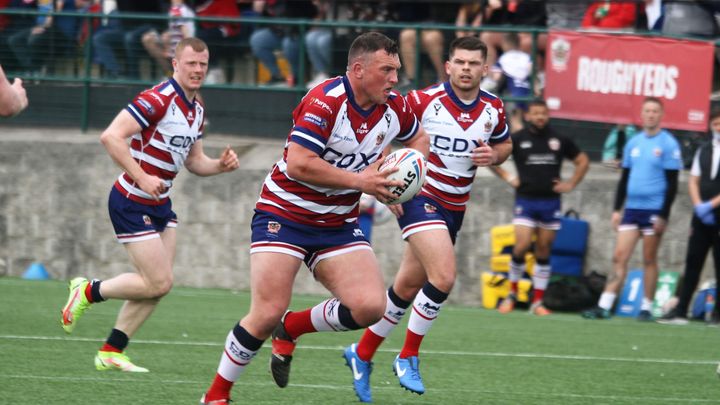 KEIGHLEY Cougars started with a flourish, quickly got on top and stayed on top in a 32-6 win at the Vestacare Stadium
Our Partners