“Brad asked to go, saying that playing semi-pro rugby had too many commitments for him.

“He goes back to Waterhead with our blessings and best wishes.”

Local lad Jinks, aged 20, whose Oldham appearances at the back end of last season were cut short by injury, later signed a new deal to the end of the 2022 season.

He fell out with the game during his four years at Castleford Tigers, but regained his enthusiasm for it after returning to Waterhead and ultimately found his way to Roughyeds.

He lives close to Bower Fold in Stalybridge and started off at Saddleworth Rangers before transferring to Waterhead when he was 14.

By the time he was 16, he had done enough to attract Castleford scouts and he went over there to play first at scholarship level and then with the academy side, from which he also played in the first team in pre-season friendlies against Featherstone Rovers and Widnes Vikings.

“Then I fell out with the game and quit Castleford and I was out for a full year; I just didn’t want to play rugby any more. But eventually I went back to Waterhead, regained my appetite for it and then I enjoyed my short time with Roughyeds at the end of last season.”

Currently gearing up for Sunday’s clash with second-in-the-table North Wales Crusaders at the Vestacare Stadium (buy tickets online here), Roughyeds boss Stu Littler will be without on-loan hooker Johnny Openshaw, who has a head injury.

However, he will have several returning players available to him plus the four beat-the-deadline on-loan captures from Wigan Warriors, namely Jack Bibby, Logan Astley, Toby Brannan and Alex Sutton.

Turnstiles open at 1pm for those who prefer to get in that way and admission prices are as follows:

HOOKER Brad Jinks, who didn’t play against Wakefield or Lock Lane because of a leg injury, has now received the all-clear for action and he will be available for our behind-closed-doors run-out at Salford on Saturday

LOCAL lad Bradley Jinks, whose Oldham appearances at the back end of last season were cut short by injury, has become the third young player to sign a Roughyeds contract for 2022 after Joe Hartley and Ben Holcroft 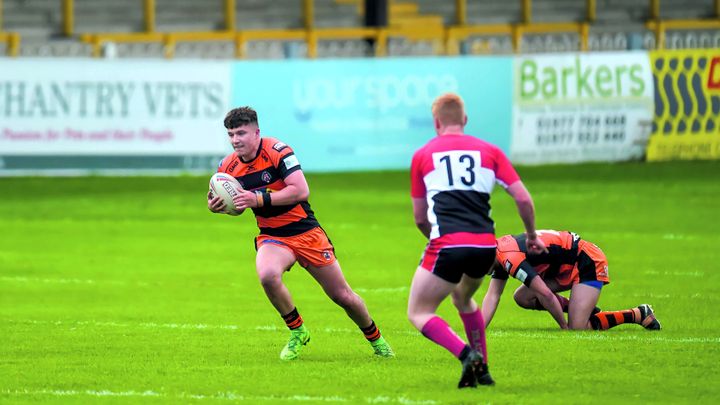 THE four young players we have signed on loan from Wigan Warriors will be available for selection in the Roughyeds side to face North Wales Crusaders at the Vestacare Stadium on Sunday (3pm kick-off).
Our Partners